The Capital Divide 2021 – If You Build it, They Will Come

The flavour of 2020, and no doubt 2021, is and has been the ability to make last minute plans whilst maintaining ultimate flexibility and creativity. With uncertainty around COVID continuing over the festive season and the likelihood of one ACT resident’s plans to head south for the Vic Divide 550 looking questionable, he did what any keen bikepacker would do. He created an event and set a grand depart date for six weeks later.

Calling a bikepacking event ‘The Capital Divide’ invites you to imagine an epic crossing of the Australian Capital Territory from border to border. But the ACT is less than 90km long at its longest extent with the majority of the territory situated in a populated valley plain; riding in a straight-ish line from north to south would barely keep some riders busy for a morning while also making camp sites slim pickings for others wanting to take their time.

At the beginning of January Mattie sent me a message and I flicked him back a few options for a longer route. Version 8 of the route (yes you read that right) settled at 250km, a long day for some and a good 1 or 2 night trip for others. The Capital Divide route was born, designed as a route open to all at any time of the year. Mattie also set a date for a grand depart, being 7.00 am Saturday, 20 Feb 2021.

The route starts in the centre of the city on the beautiful Lake Burley Griffin, heads north east before joining the Centenary Trail and skirting the northern border heading west, with a last supply stop at Hall before venturing into the Brindabella Ranges. Here numerous rivers crossings and car-free fire trails lead riders on a round-about tour of a few huts and a lotta forest in what we locals like to call ‘Canberra’s Playground’.

The route then crosses the Murrumbidgee leading back onto the outskirts of the city and following the Centenary Trail south before aiming for Namadgi National Park and the hardest section of the ride. Passing more huts, it concludes at Westerman’s Hut on the southern border of the ACT. You can literally see the Telstra Tower atop Black Mountain for 75% of the ride, so there’s no getting lost!

With no registration or tracking there was no way to know how many people would be on the route that Saturday. Mattie decided to head out at 5.00 am with some other keen riders two hours ahead of the Grand Depart to try and get the bulk of the ride out of the way before the sun started dipping and shops started closing. Chelsea and I planned to depart with whomever was to be there at 7.00 am, I was guessing half a dozen.

Over 20 riders arrived at the lake, with the surface bordering on glassy and hot air balloons launching to timed perfection behind us. Riders had come from as far as Newcastle, some had the bare minimum of racing kit, others had full overnight set-up, while many had come out for a day ride planning to make their own smaller loop back to Canberra after completing the northern half. Taking into account the wide array of departure times the grand total came to almost 40 riders. Proving once again, if you build it, they will come.

It was a misty and humid start which already started taking its toll on riders. Water was important and by the time the majority of the starters reached Hall at the 50km mark it was evident that the route was going to be more difficult than any normal day on the local trails.

The 40km after Hall could have been described as a gravel biker’s dream and I could imagine the relief riders felt as they could finally feel the wind in the hair, or beard, after the slower and pinchier (but still flowy!) Centenary Trail. The suffocating 20km climb to Bulls Head was the decider for a number of starters and an abridged version of the route was arrived at by many, still seeing them arrive back at the lake with 170km and more than 3000vm in their legs, a great effort.

The riders who continued on as planned found themselves back on the western outskirts of Canberra and heading south. Soon they would reach a point of no return where they needed to decide if they had bitten off more than they could chew, as the Naas Valley Fire Trail takes no prisoners and with recent severe weather and effects of the 2020 fires was extra angry. The four riders that completed the full 250km don’t hold back when expressing their surprise at just how tough the last 30km were.

The event was by no means a race, but many like a good challenge and what better way to test your limits than meeting up at sunrise with a heap of other like-minded individuals and seeing how fast you can follow a really long line on a GPS.

The two frontrunners, @cappaneal and @swiss_toni rode the route without sleep and boasted sub-20 hour times for their efforts.

@chelsriggs enjoyed a 7hr roadside rest overnight and finished in less than 30 hours. Not long after, Sydney-sider @cycling_molly felt the full brunt of a hail storm in Naas Valley and crossed the finish line shivering. A far cry from the tropical 30 degree temperatures endured for most of the weekend. You never know what you’re going to get in the mountains.

The original route took in a busy recreational vehicle thoroughfare between Hall and Mountain Creek Road, however, after a complaint from a farmer this section has had to be removed from the route and replaced with an arguably better alternative taking in Shepherds Lookout and the most beautiful crossing of the Molongolo River.

I think it was a blessing in disguise even if the  price to pay is two km of walking your bike through the nature reserve; believe me when I say it’s worth it. This new version now represents a 250km route 100% within the borders of the ACT!

V11 of the Capital Divide is now live on the website and free to be ridden independently at any time.

Thanks to Ty Domin for this report, for mapping out such a challenging and rewarding route and for continually supporting adventure cycling in Canberra. 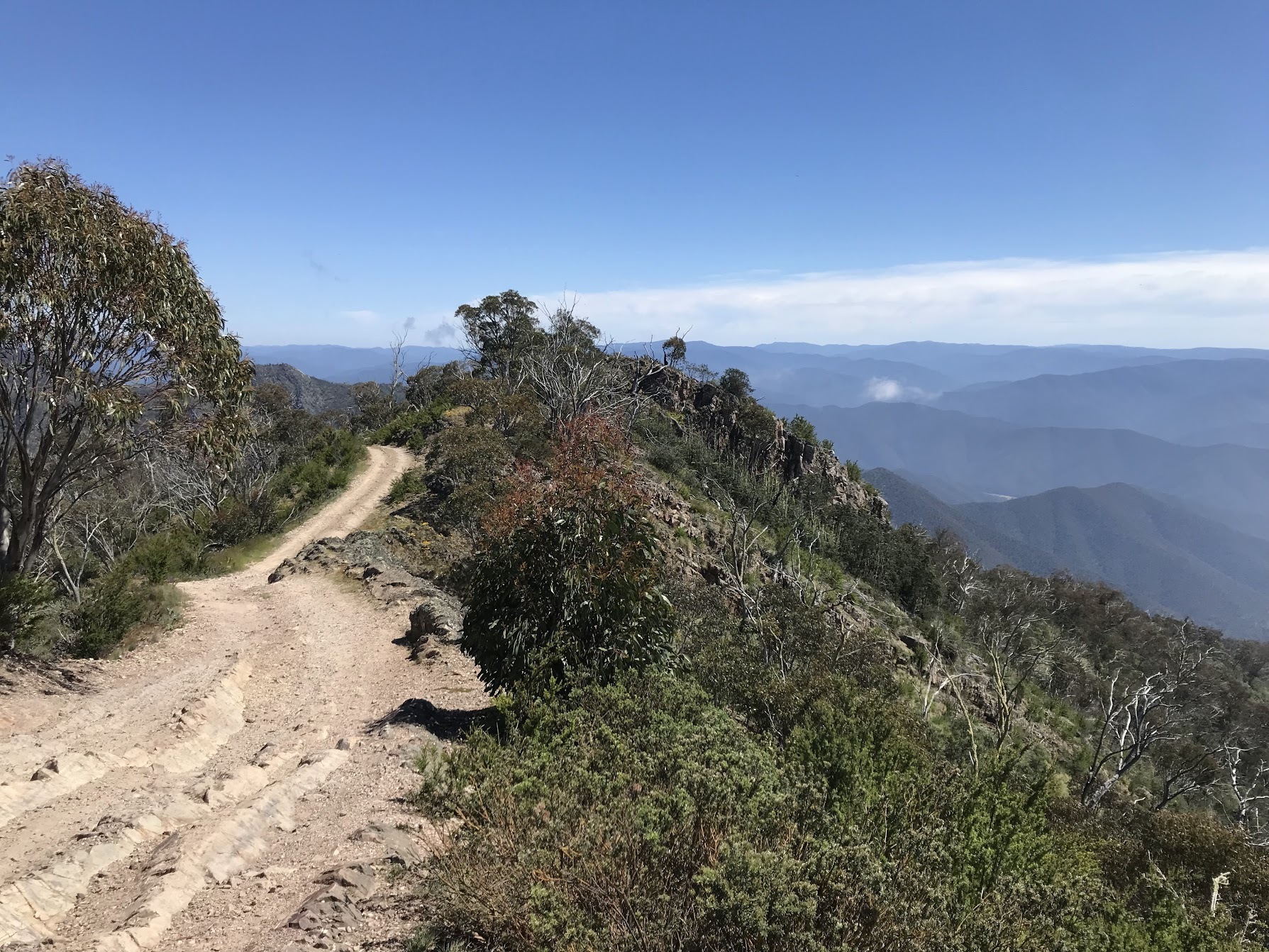 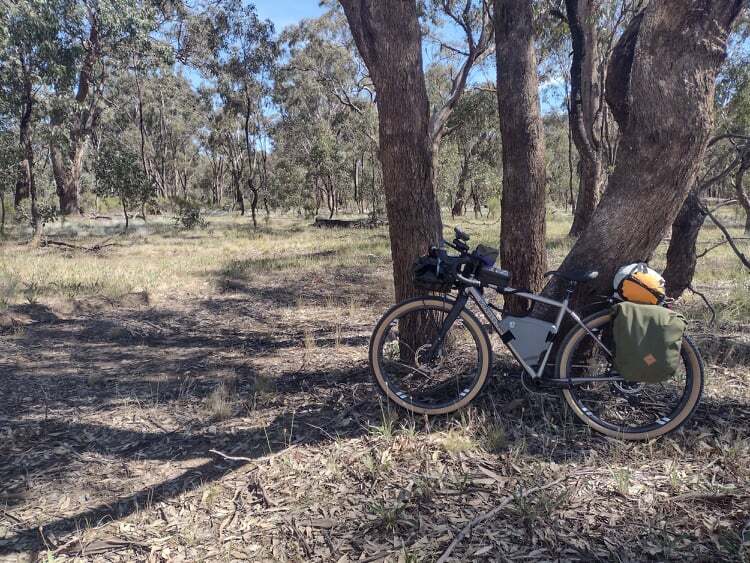 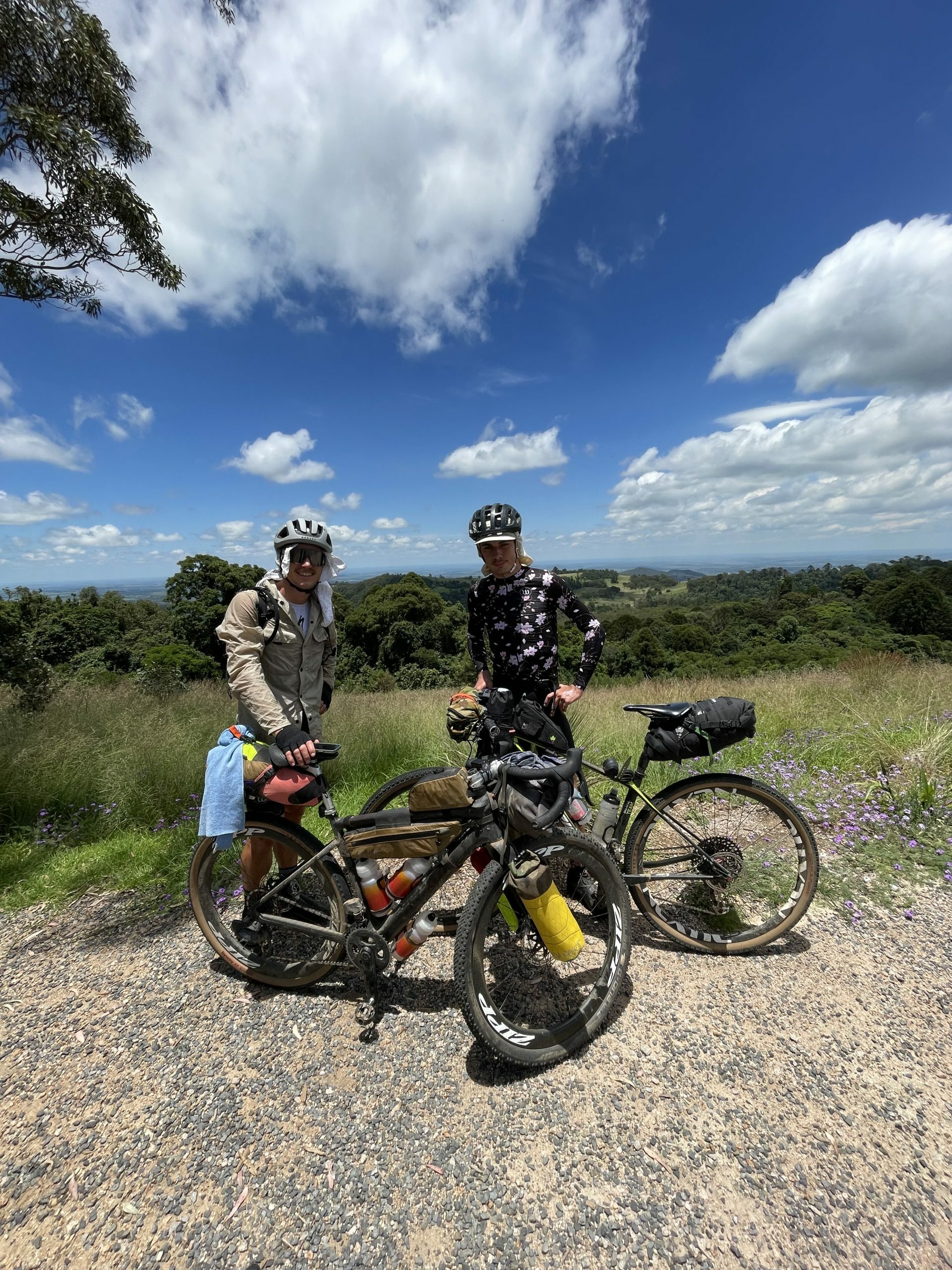