The overnighter. The quick getaway. The escape from the rest of the world, even if only for one day. Our fat tyres hummed on the gravel in unison. The route is familiar, we have taken it many times through the dry scrub.

It is a lovely clear late August day. The skies are blue and the sun is out. While still technically winter we are likely to experience maximum temperatures around 30 degrees. Some question whether we actually experience winter in this part of Queensland. I maintain that we do, this year it was a Wednesday.

We started later than usual as our destination was only about 50 kilometres away and the terrain mostly flat. We pass over old log bridges. Some we are brave enough to ride, others we walk over as even a 4 inch tyre could get lost in the gap. A mob of cattle eagerly licking a tub of molasses paused from their meal and stared at us as we approached. The large bull had us a little concerned but we were able to ride around them safely.

I could smell the scent of pine in the air. It turns out that the pine forest has been harvested. The former rows of tall straight pines are now a brown barren wasteland. I had planned to camp on the banks of the dam in an area adjacent to these pine plantations. Each of the roads through this area are heavily barricaded with bunting and numerous keep out signs, this plan seemed to have gone astray.

We continued on as we were headed for the waterholes for lunch and the use of the water tank. There is a nice campground at the waterholes, however it is reasonably popular and we prefer peace and quiet, but we utilise a picnic table for lunch before setting off again.

A faint track was spotted so we opted to follow it and it proved an excellent choice taking us past old cattle yards and over a flimsy wooden bridge that I was apprehensive to even walk over. We made the edge of the dam. The waterline was far in the distance. We rode across the dried cracked bare earth exposed by the low levels. We followed cattle trails and found a nice camp spot on the southern bank of the dam.

Here Craig dug up a dozen or so mussels and cooked them over a grill as a little pre-dinner entree. A bit overdone but not too bad actually. A fire by the bank under a rich red sunset and it was time for bed.

A leisurely start to the day had us back on the bikes by about 7:30am.

We partially retraced our steps and followed some tracks to loop us back around to Warrah Rd and back to the cars. The air was humid early after a fairly warm night and the blue sky from yesterday was becoming obscured by fluffy grey clouds. By the time we rode the final few climbs up to the cars the sky was rumbling. A quick check on the weather showed a storm pushing through below us. Another half hour slower and I think that we would have gotten soaked.

We ended the trip with a beer and a feed at the pub. It was a simple getaway. And even well traveled paths are forever evolving, and maybe that’s what keeps us coming back.

While forever changing, the trail is always distantly familiar. 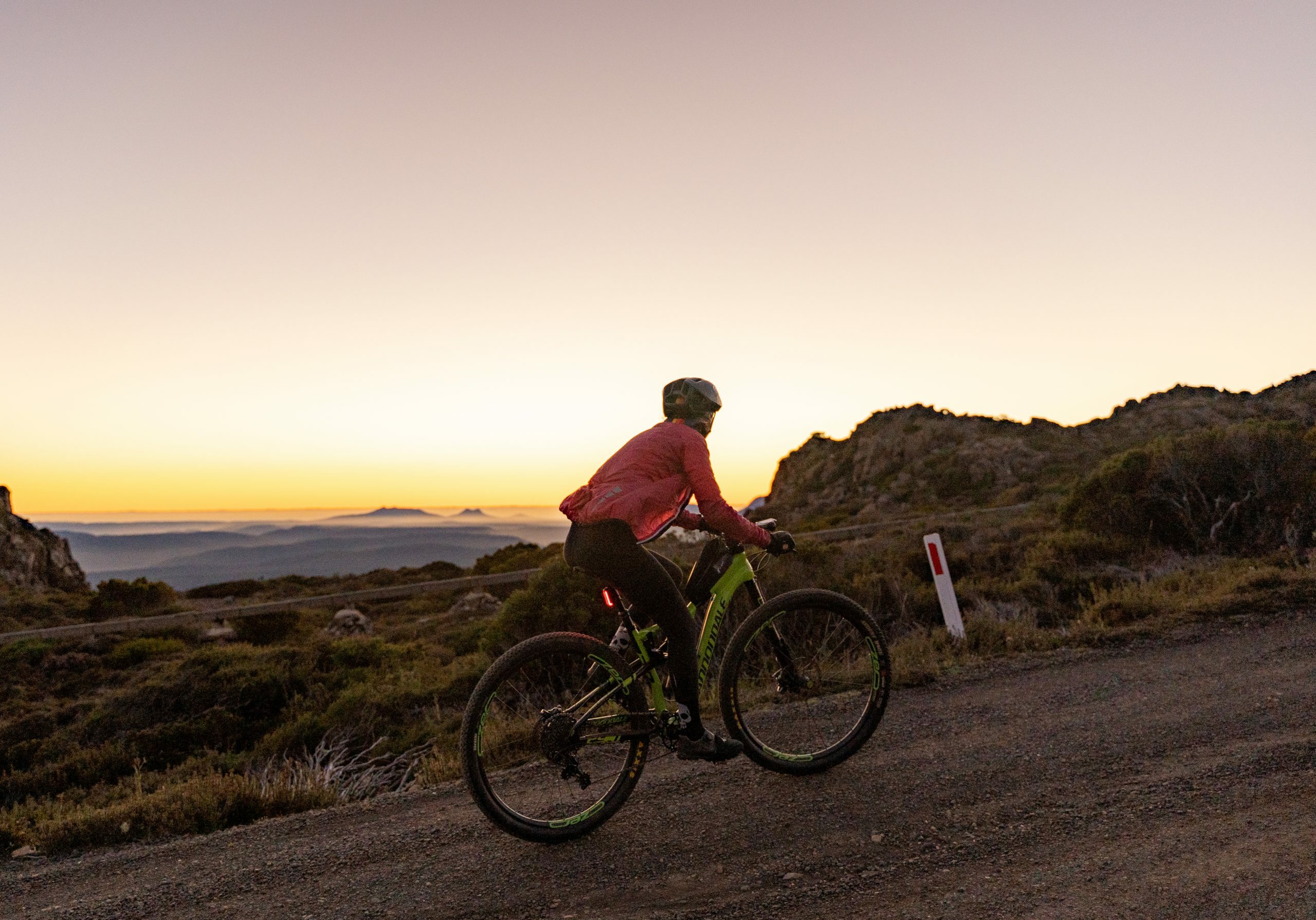 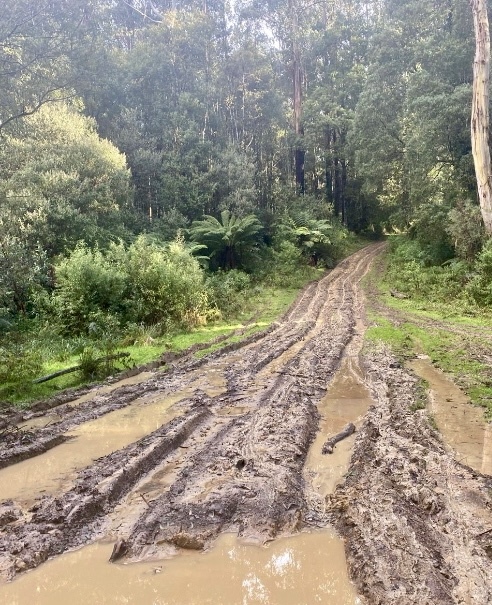 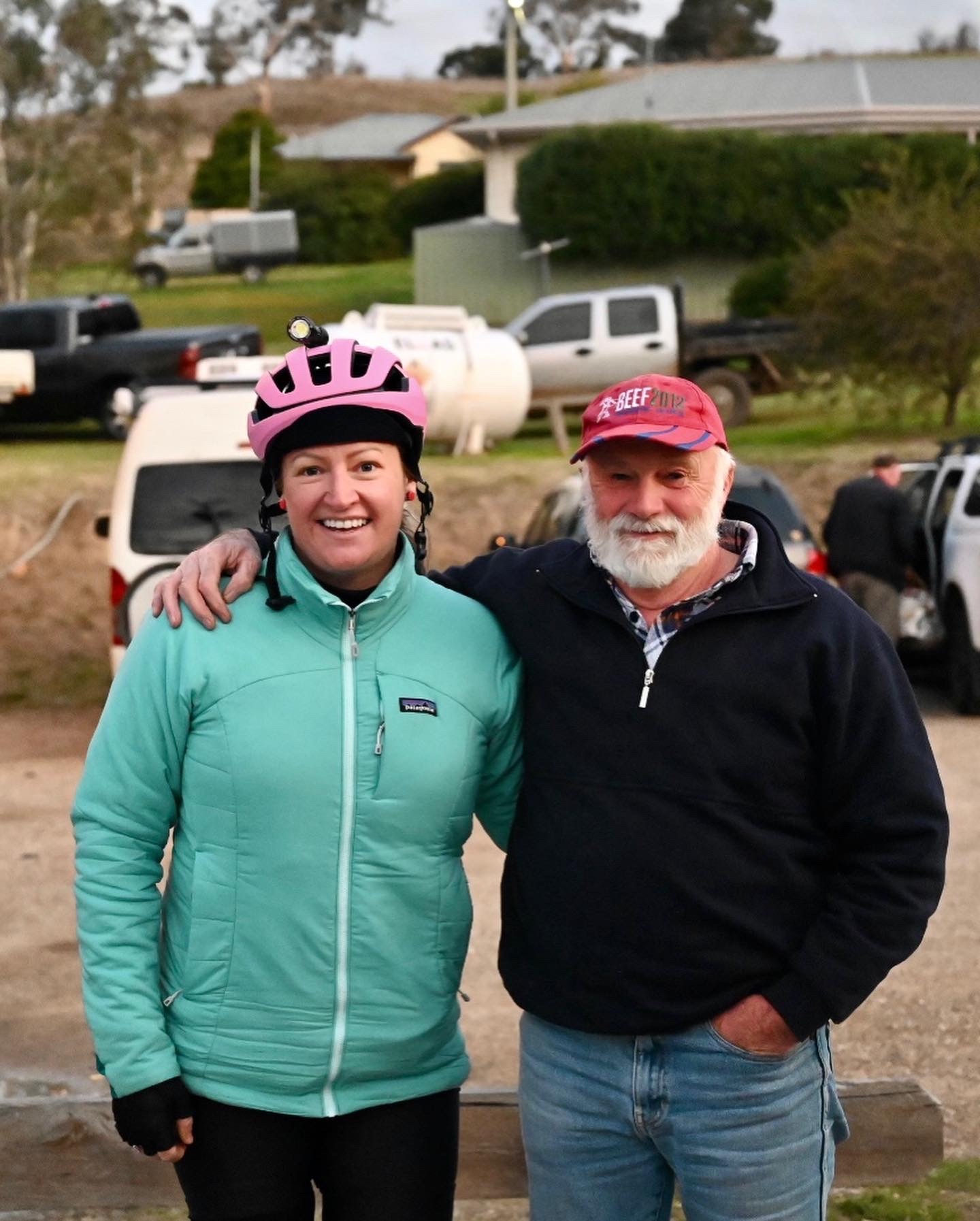